We were in the midst of our seasonal rearranging of furniture, and I recovered a copy of the May 2019 edition of Harper's that Jess picked up from the library's pre-read-magazine-exchange-box thingy. It had slipped down between the wall and Rosie's bed - not sure how it made its way into Rosie's room. I was thumbing through it and found a piece near the front by Christopher Beha, the editor of Harper's. The essay is called "Winning the Peace", and it resonated with one of those things that I think about a lot. The idea in this case is that every endeavor, every aspect of human life, has a political dimension (You're probably already saying "Sure," or "Of course," or "Duh!"). You can name just about any pursuit. Business and politics are pretty much two heads on the same monster. Education, literature, food (what's grown and where, what we choose to eat, how it's distributed), any creative product or activity, our health, our bodies, clothes, housing, furniture, you name it, connects to the mechanics of power, negotiation and societal decision-making. Talking about the politics of brushing one's teeth might be a bit of a reach, but I’m sure it can be done. 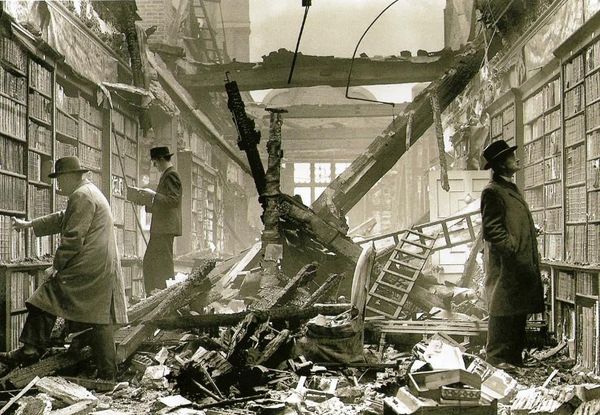 The flip side is that politics is just one dimension. All these other things that we do also exist outside of politics for their own sake and have their own purposes. In his essay, Beha is musing about the politics-saturated moment in which we currently find ourselves, and whether we can allow ourselves breaks from the torrent of political news, pursue our own interests, and still consider ourselves responsible, informed citizens. He begins by consulting C.S. Lewis in a sermon he delivered at University Church, Oxford, during October of 1939. The sermon was titled "Learning in War Time". When he delivered this speech, Germany had just invaded Poland, and Britain had declared war on Germany. World War ll was newly underway. Suffice to say, folks were stressed. Some in Lewis' milieu were questioning the value of their work when the liberties of Europe hung in the balance. These were scholars devoted to the pursuit of the humanities, not the sort of STEM subjects more obviously useful in a time of war. The gist of the sermon was that, yes, it is right and necessary and good to engage in "intellectual and aesthetic pursuits”; the life of the mind, so to say. Part of his argument was that life is always in turmoil to one degree or another, and if we were to wait to begin learning until life was secure, the adventure would never begin. We learn and make and challenge ourselves because these are things we are supposed to do as living, sentient creatures. They are needs, and we do ourselves a profound disservice if we allow the circumstances of the world to thwart us in our quest to fulfill those needs. We abandon the realm of ideas, or narrow our pursuits to practicalities, at our peril.

The essay follows some other worthy threads, but the point that struck me and that I wanted to emphasize is that Beha manages to find the place where the political and extra-political facets of things meet in what I think is a very productive way. It's worth quoting the last paragraph of the piece in its entirety.

"If you’re worried that the election of a populist demagogue with no apparent respect for democratic or constitutional norms has put the United States on the road to fascism, bear in mind the defining feature of totalitarian societies: they are places in which all modes of life are subsumed under the political, in which each citizen’s most important relationship must be his or her relationship to the state. This is why totalitarian governments reliably shut down or take over religious groups, trade unions, and other voluntary associations. The ultimate aim of scaling back our political attention is not apathy but the creation of autonomous space for social, spiritual, and aesthetic experiences. If creeping totalitarianism is your worry, such work is not a form of acquiescence but a form of resistance." (my emphasis).

I've used this idea as a private affirmation from time to time, and I find myself needing to intone it more often these days. It's a truth that works: engagement in creative work, and wrestling with ideas (whether one is making something that is demonstrably political or not) in a world in which powerful forces actively seek to crush such endeavor, is a vital form of resistance.

You start moving furniture around, and there's no telling what you'll find.

(Post Script: the name of the column in the Harper's mag. is "Easy Chair".)