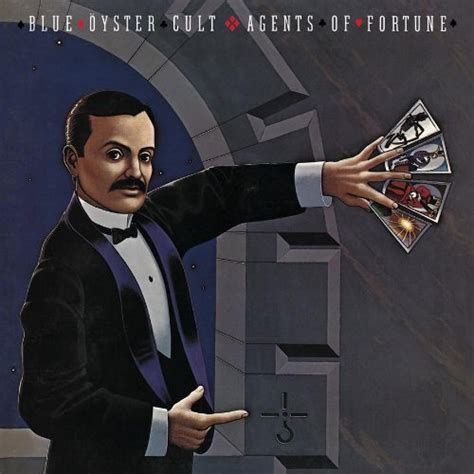 Blue Öyster Cult is one of those bands that, in my youth, I thought was ... ok. As a dyed-in-the-wool prog rocker, they just weren't quite notey enough for me. I can still, however, whistle/hum most of the guitar solo from the bridge of Don't Fear the Reaper, and I always thought that the tongue-in-cheek lyrics combined with the badass riff made Godzilla a fun song. The first time I heard Godzilla was when a friend of mine sang it, complete with the riff, one evening when we were hanging out (I think I was 16). I thought he was making it up. My friend plays the piano, and he's a good songwriter. We played in bands together on and off, and would jam frequently. He would often improvise lyrics about whatever crossed his mind when we played, so it wasn't much of a stretch for me to figure that the song was his spontaneous invention. It wasn't until a couple of months later that I heard the recording and learned that it was a BOC tune.

The song I really came here to talk about, though, is E.T.I. (Extra Terrestrial Intelligence). It's the fourth track on side one of Agents of Fortune (1976), right after DFtR. I had borrowed the album from a friend (a different friend...I think), and I remember that when the song began with that cool riff, I kinda lit up.

It was a great antidote the the song that came before, and it quickly became my favorite tune on the record. Before we proceed, here are the lyrics in their entirety, according to lyrics.com.

I hear the music, daylight disc
Three men in black said, "Don't report this."
"Ascension," and that's all they said.
Sickness now, the hour's dread.

I'm in fairy rings and tower beds.
"Don't report this," three men said.
Books by the blameless and by the dead.
King in yellow, queen in red.

Dead leaves always give up motion.
I no longer feel the motion.
Where prophecy fails, the falling motion.
"Don't report this, agents of fortune."

The lyric is charmingly strange, but I’ll get right to the point. For decades I thought the chorus was

All praise is found beyond the truth.
Balthazar has found the source of news.

In this version, the first line makes for a tidy little philosophical nugget: look past praise, flattery and judgment, and focus on the truth beyond those illusions. It’s like something one might find in a fortune cookie. Because of the oblique rhetoric in the rest of the song, it doesn’t seem like a far-fetched interpretation. It would also be in keeping with the probing inclination of some of BOC’s other lyrics, particularly the refrain in the coda of Godzilla.

History shows again and again
How nature points out the folly of men.

A couple of weeks ago, the song surfaced in my awareness as an earworm, and it occurred to me to check the accuracy of my recollection. I confess I was a bit disappointed. All this time I thought BOC’s lyrics were full of terse philosophical aphorisms. It is true, however, that the actual lyrics are more in keeping with the theme of the song: extraterrestrial intelligence, UFOs, and the urge to keep knowledge about such things secret. I dig the fact that the phrase, "Don't report this," appears in each verse, and it has occurred to me to wonder if this song might have been an initial kernel of inspiration for the whole Men in Black movie franchise.

There are minor disagreements about the words among some of the lyric websites, particularly about the third verse. Here’s how it reads on azlyrics.com: “Dead leaves always give up motion./ I no longer feel emotion./ When prophecy fails. The falling notion./ Don’t report this. Agents of fortune,” (my emphasis). When one is writing lyrics, it’s pretty rare to settle for rhyming a word with itself. One usually searches for a word that satisfies both the meaning and the assonance on seeks. So I have my suspicions about the lyrics.com version. My own hearing of the third line in this verse has always been, “When prophecy fails to fall in notion,” It might be hairsplitting, but I like the sense that my hearing brings to the song: if ETs were to contact us, it would explode our anthropocentric paradigms (particularly religious ones) about our  place in the Grand Scheme, and how our future might play out.

Art is about ideas. It’s about throwing mental/emotional sparks and making connections. Even if those connections are the result of a mishearing or some other misinterpretation, if the audience is engaged with the work, then the artistic effort is worthwhile. I’m going to keep my misheard lyrics, and the meanings I got out of them, and let them live alongside the intended ones. My relationship with the composition is the richer for it.